A quick and easy way to install YubiKey PAM for Ubuntu.  There is also a Bash installer for Debian in the same GitHub repo.

We recently switched to OpenBD on a production website and it uses MySQL FOUND_ROWS().  There a couple of things to ensure it works properly on OpenBD.

The queries need to be in a cftransaction block otherwise they will use a different MySQL connection.   It would look something like:

Email ThisBlogThis!Share to TwitterShare to FacebookShare to Pinterest
Labels: Aside, Security

PyCon 2013 is the first conference since 2007 that I will be attending and not speaking at the conference itself.  So I actually feel like I can focus on being an attendee instead of a speaker.  So this is going to be a different experience for me and I'm already planning what I want to do at the conference.

I've decided I'm going to live blog the sessions that I attend at PyCon using Google Drive.  This means you'll be able to even watch me take my notes as the session goes on.  So I'll be blogging the live Google Doc links in a future blog post.  I'm so excited!  Watch this space...
Posted by Peter J. Farrell at 8:25 AM 3 comments: 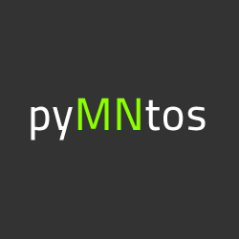 David Goodger will be presenting a longer talk on The Zen of Python Revisited -- A fresh look at the meaning of Python's Zen. Does it mean what you think it means?

David is best known in the Python world for Docutils / reStructuredText and for chairing the 2008 & 2009 PyCons in Chicago.

We might broadcast this as a Google+ Hangout for those interested in attending remotely or out of state.  Let me know if you are interested as I don't want to setup all the mics and camera if nobody is going to come.

Continuing on with my year of digital security ideas, I wanted to share a few short thoughts on some lessons I learned using LastPass and YubiKey.

Posted by Peter J. Farrell at 7:26 AM No comments:

Last year, 2012, was the year of backups.  Between the cloud and automatic backups and safe places to keep drives -- I believe backing up my digital life as well as getting it more organized in the first place was a complete success.

This year I'm focusing on something entirely different: Security.  Actually, I did a lot of small security stuff at the end of 2012 so I'd say I started 2013 with a "very good" rating.  Instead of a tutorial on how to implement security in your digital life, I'm just going to share some of things I've already done and where I'm going from here.

I was already doing a lot of good things that I started in 2012:

So, you're probably thinking what more can you do? Well, there a few more items that I've already working on or done in 2013:

I hope this inspires you to do more for your security of your digital life.  I'm planning on writing up a nice quick start soon for getting started with LastPass and some of the things I did or things you shouldn't do like I did.  Let me know if you have any questions.  Until then, may the security deities be with you!
Posted by Peter J. Farrell at 4:46 PM No comments:

Illegal use of nonvirtual function call in Java / MySQL JConnector

My computer crashed today and after restart none of my Java based application via Tomcat that used MySQL would work.  I would get an error like this:

No matter the amount of Googling did anything turn up useful.  After reinstalling MySQL, I realized that my Aqua DataStudio could still connect and query the MySQL databases.  I tried a new MySQL J/Connector which did not help.

In the end, the fix was that Tomcat was using Java8 weekly (via a .deb) and something in Java8 must be broken.  I downgraded Tomcat to use Java7 and everything worked.  I found out that there was an update to my system to Java8 on 2/13 and the restart made it effective because Tomcat had been running for at least a week.

The fix: Check your Java version and downgrade from Java8
Posted by Peter J. Farrell at 7:45 PM 1 comment: